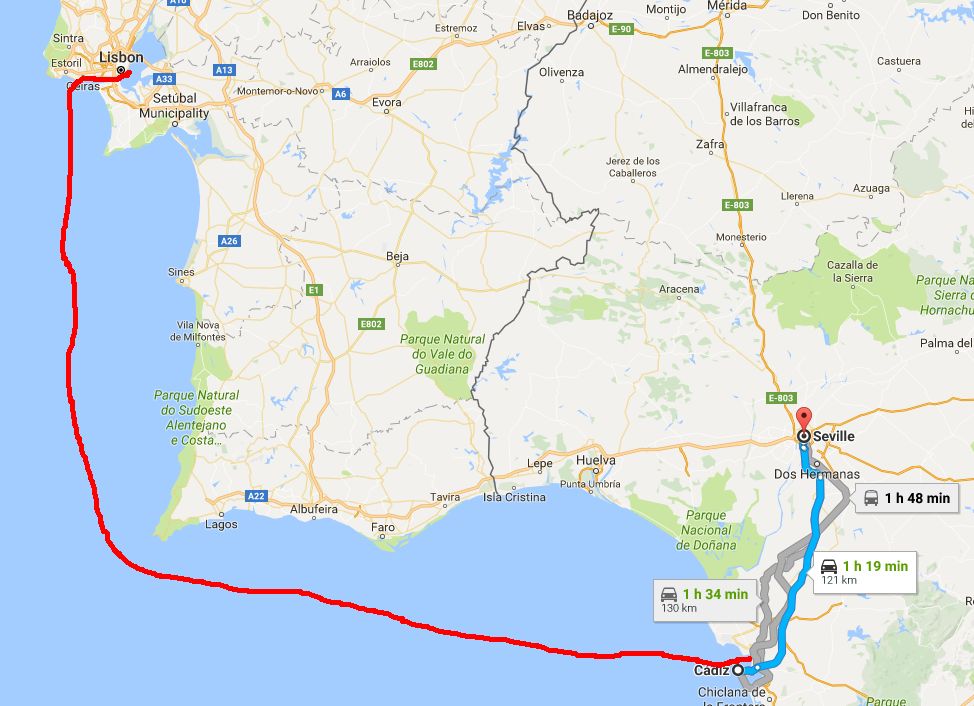 We docked in Cadiz Spain, but never really got to explore it at all. We instead opted for a bus trip to Seville, which we explored by foot and by Hop-on Hop-off (HOHO) bus. Seville is famous for being the hottest place in Spain and the day we were there was no exception (although temps for us were in the upper 90s rather than the 110 degrees they had a few days earlier). Seville was beautiful, but this was not really the way to see it. If we had it to do over again, we would instead take a tour of Cadiz, which looked lovely as we passed though it on our way to Seville.

I have to admit that the hot temperatures did take their toll on us and sitting on the top deck of the HOHO bus for 2 hours was brutal. The worst thing was that it was so hot I did not take any notes, so in the picture gallery that follows this post, there will be some photos, but with very little description.

Bob and Flora Davidson love to travel the world; where to next? View all posts by Bob Davidson