Pictures from our 3rd day in Paris.

The morning of our final day in Paris we popped out of bed, had breakfast, and headed for the river. Our hop on hop off combo ticket allowed us to board a river cruise in addition to buses. The cruise wasn’t as great as we had expected so after a few stops we exited the boat near the Louvre to explore a bit. Since we didn’t really have the time we never entered the Louvre, but the view outside was tremendous. After taking a few pictures we walked a few blocks and grabbed the hoho bus headed north toward the Montmartre district and the Sacré-Cœur basilica. The bus does not go all the way to our destination, so we got as close as we could and then we walked and walked and walked until we finally reached the top of the hill. Flora had worn the wrong shoes and required a bit of blister first aid.

Montmartre is an artist community and the look of it was much different than in the heart of Paris. The Sacré-Cœur basilica lies at the very top of the hill and offers a great view of the city below. We had lunch of mussels and wine at a nearby restaurant and then continued our walk back down the hill, getting lost a few times, heading slightly the wrong direction on the windy streets, but finally finding the next hoho bus stop across the street from the Moulin Rouge. The hoho bus gave us our first look the Gare du Nord train station where we would be boarding a high-speed train the next day for our trip to Amsterdam.

We exited the bus a couple of miles from our hotel and walked through the Les Halles and Le Marais districts on the way back to our hotel to try to get a feel for yet another part of Paris. We packed, went out for our final night on the town, and upon our return left a request for our early morning wakeup call. 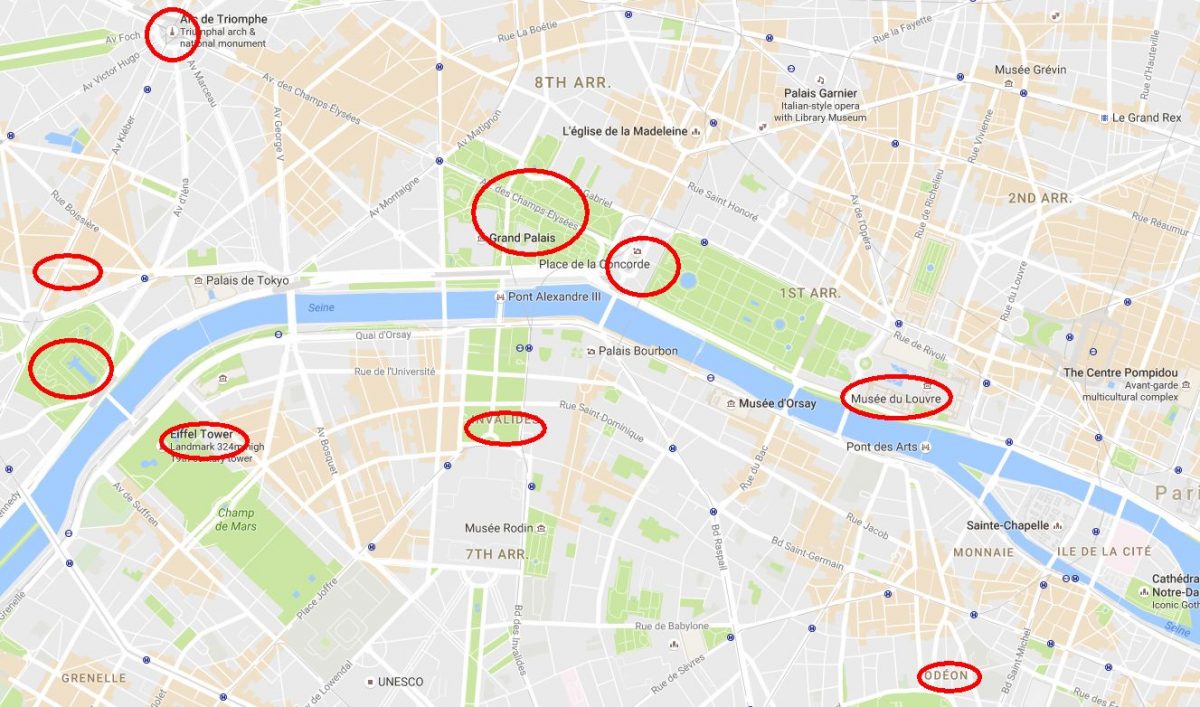 With a full night’s sleep behind us, we were ready to see the town. We had purchased tickets for the hop on hop off (hoho) bus and used that bus to get us around town during most of our Paris stay and in some other cities during our trip. The weather was clear and beautiful and the top deck of the bus was packed with other tourists, but this proved to be a most delightful way to enjoy the sights. Hoho buses are equipped with earphones and recorded commentary in 8 languages to we learned as we watched.

We passed Notre Dame again with a slightly different view from that enjoyed the previous day, and then along the Seine as we headed for the Louvre. We then drove along the Champs Elysees, past the Arc de Triomphe, and finally exited the bus near the Trocadero, where we enjoyed a most wonderful lunch followed by the famous Parisian macarons. I had not expected these macarons to be anything special but I was wrong; they were maybe the best thing I have ever tasted, creamy and full of wonder.

After lunch we walked through the Jardins du Trocadero for the best view of the Eiffel Tower and met up with our tour group to go up in the tower. The views from above delivered a panoramic view of all Paris. From there I was able to calculate where we would go the next day. After a long day we skipped the bus and hired a taxi, the quickest way back to our hotel.

After a nice dinner we took back to the streets to view some of the famous Parisian nightlife and hunt for bread, cheese, and a bottle of wine. (Yes, the French Brie was the best I ever tasted). After we had explored for a couple more hours, and after getting lost several times, we finally arrived back home, had a nightcap and hors d’oeuvres and retired after setting the alarm for early the next morning; we didn’t want to waste any time getting back into “explorer mode”.

Pics taken in Paris on day 2, on the hoho bus, at Louvre, Champs Elysées, Arc de Triomphe, Jardins du Trocadero, and at the Eiffel Tower.

Pictures from Day 1 in Paris France. 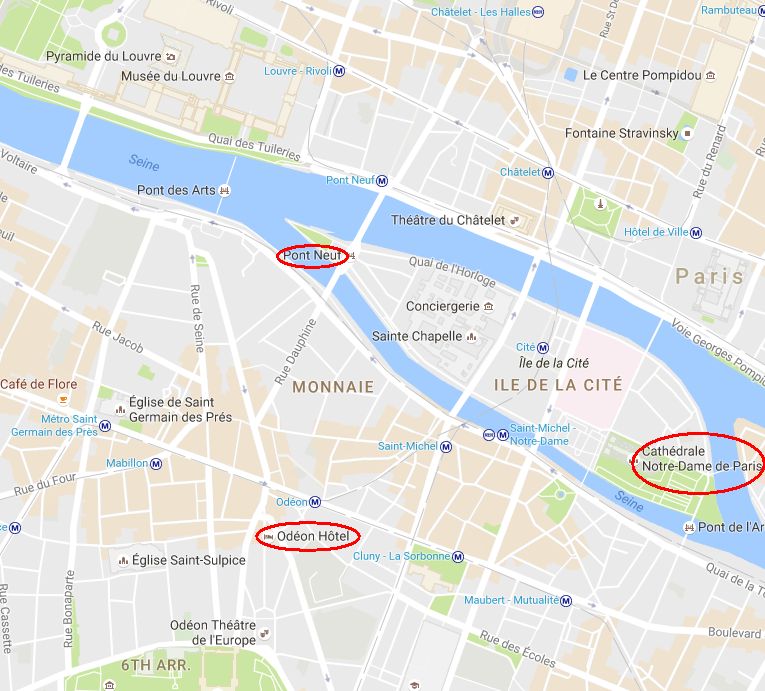 Paris is a city that has been near the top of our travel wish list for years; Rick Steves’ Paris 2013 book has been on our coffee table since it was first released. Through the years we had toyed with the idea of a London/Paris trip or including Paris in some other combination of cities, but earlier this year when we started looking at other cities to combine with our 2016 Mediterranean cruise, Paris jumped to the top of the list of starting points.

High-speed train travel is so easy and affordable that side trips to most cities in mainland Europe are very doable. We flew into Paris for a few days, then traveled by train to Amsterdam where we spent two more days before checking into the cruise port.

We checked into the Odeon Hotel in the St. Germain district of Paris mid-morning and had to wait for a while in a nearby restaurant while our room was prepared. This is where we learned that a “cup of coffee” in Europe is not necessarily what we are used to back in the US. But once our room was ready we checked in and kicked back for some rest.

After a short nap we were ready to walk the streets of Paris, one of the most picturesque cities we had seen. No doubt I will be using that term when describing other cities on this trip, but the buildings in Paris have a very unique style of architecture that makes them very recognizable. Since we were pretty sleep-deprived and jet-lagged at that point we limited our afternoon walk to areas within about a mile of our hotel. We crossed the Seine on a bridge covered with locks (this seems to be a  popular thing for kids to do these days – probably started by the lock companies).

We made our way to the nearby Notre Dame cathedral, which proved to be probably the most impressive building I have ever entered. Outside Flora was thrilled (as you can see by the look on her face) with feeding the birds bits of bread. Wedding pictures were being taken nearby, and a saw an especially impressive statue of Charlemagne, which helped remind me of the deep history of the area we were visiting. I will post more pictures of all the things described here in a blog gallery posting that will follow.

We spent about an hour in Notre Dame (there was much to see) and while we were there a mass began with amazing organ music, singing, incense, with much latin being spoken. It was a truly moving experience and our timing had been perfect.

But all too soon fatigue set in and we wandered back toward our hotel to get some sleep. The next blog entry will contain pics to go with these descriptions.